The Leading with Integrity Foundation organized its 2nd Annual Integrity Conference on October 19, 2018, at the Sta. Barbara Beach & Golf Resort.

The event started with the arrival of her Excellency the Governor of Curaçao and his Excellency the Governor of Sint Maarten. Followed by the singing of our National Anthem performed by Aemy NiaFeliz. Our Prime Minister, the Minister of Governmental Affairs, Planning and Public Service and Members of the Parliament of Curaçao were among the VIP guests.

The Minister of Governmental Affairs, Planning and Public Service, Mr. Armin Konket, officially opened the event by highlighting the theme of the event: acting beyond self-interest is to place public-interest above your own and how the lack of integrity eventually leads to high costs. In his speech he also shared the results of the National Survey performed by the Leading with Integrity Foundation. One of the highlights of the results is the influence of corruption in daily lives. The majority of locals have a perception of corruption that is different from the foreigners living on the island. Locals have a more negative view compared to foreigners.

The Prime Minister of Aruba, Mrs. Evelyn Wever-Croes was unable to attend the event but sent a video message in which she shared the progress of Aruba in regards to establishing a culture of integrity. On October 1st the Bureau of Integrity was established which will focus to increase awareness on integrity and also serve as a hotline for complaints which will be redirected to the appropriate governmental departments. The government of Aruba is also working on an Integrity Chamber to supervise procurement procedures. In her final message, she focused on the real meaning of having integrity; doing the right thing even if no one is watching, how we should pay attention to integrity breaches and why they happen.

The next speaker, Mr. Nelson Foendoe, President of the Leading with Integrity Foundation, presented the results of the National Survey on Corruption Perception. The majority of the results were not favorable.  Even though there are efforts made to improve the corruption perception why do the results remain poor? One explanation is the weakness to look at our own interest and how we see and measure integrity. We should evaluate integrity using a holistic approach in the form of a legal framework with impartial law taking into consideration institutional, political and cultural aspects. Each individual is part of the society and therefore has a responsibility on a moral level to look for the interest of the whole and not his/her own interest. Selfish behavior is not holistic from a societal viewpoint. Each individual has unique gifts to contribute to the whole.

The third speaker, Mr. Marlon Winedth, Ph.D., focused on the morality of human beings and how they make a decision between good and evil. It all starts with thinking about human being as different from animals, the moral being. He discussed the three ethical paths of Deontology, Consequentialism, and Virtue.

The keynote speaker, Mr. Fazale  Rana, Ph.D., presented his views about ethics in science, how there is no ethical system in place for scientific discoveries and how living a life beyond self-interest makes a person happier and healthier.

From this event, we learned that integrity can be taught from a very young age but as a person matures it is important to have a strong awareness of morality. Often times, members of society lack one or both of these. As members of society, we have a responsibility on a moral level to look out for the interest of the whole. 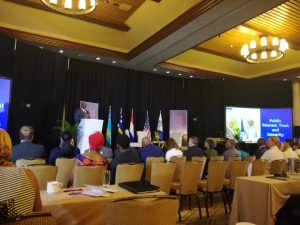 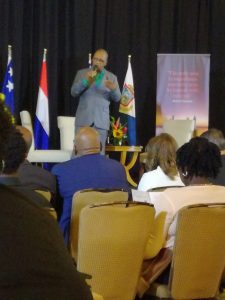 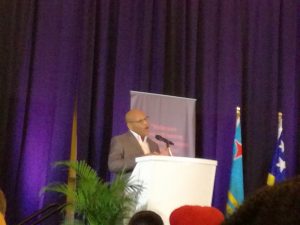 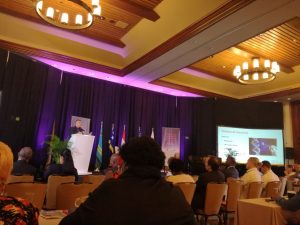