The Growth of the Jamaican Stock Exchange (JSE)

The Growth of the Jamaican Stock Exchange (JSE)

A synopsis of the presentations held by CEO of the JSE Mrs. Street Forrest and CEO of Jamaican Teas Mr. Mahfood during the Investment Conference hosted by the Dutch Caribbean Securities Exchange and Vertex Investments on November 23, 2017.

The Jamaican Capital Market, or better said the Jamaican Stock Exchange topped the world in 2015 with an impressive 80 % return, thereby topping 92 markets tracked by Bloomberg. This exponential growth was caused by a new management approach of the Jamaican Stock Exchange (JSE) in close cooperation with the Jamaican Government to revive Jamaica’s capital market. The JSE existed for 46 years already. But it wasn’t until about 17 years ago that a management change at JSE revisited its goals and managed to change the company’s direction and thereby the country’s economy.

About the Jamaican Stock Exchange

When the goals of JSE were realigned trying to the achieve them was not an easy process. JSE wanted to make the Capital Market flourish but in order to do so the JSE faced difficult barriers. The barriers JSE encountered included the traditional way of governance (and government financing), high crime rate, high inflation, an unfriendly tax system for the capital market as a whole, nonexistent or very low skilled labor force and minimal access to capital. In order to combat these barriers the JSE received the support from the Jamaican government which issued several reforms to help JSE improve the local capital market. The industry reforms consisted of reforms for energy, tax, education, private sector development strategy and on the legislative level. 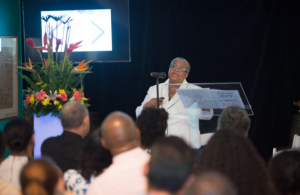 Why did the government support the JSE?

The stock markets can enhance economic activity through the creation of liquidity by having a sound technical infrastructure, allowing free movement of capital and by being well regulated. The JSE strived to drive SME’s toward innovation by providing investment products (equity) to the investor showing that there are other ways to find financing other than the traditional way of going to the bank.

The problems SMEs face include lack of organization, lack of access to equity capital, knowledge deficit, high cost of loan capital, lack of external policy recognizing the SMEs potential for growth and the lack of tax exceptions. The continuous commitment of the JSE and the Jamaican government resulted in significant changes in the government policies, the venture capital eco system, non government agencies, the tax system and the capital market. The capital market was reformed into a Main and Junior Market. SMEs would fall under Junior Market. The Junior Market characteristics:

Each listed company that wishes to benefit from these tax concessions must stay listed at least 10 years on the JSE. Companies that wish to join the junior market must pay attention to the following:

About Jamaica Teas
Knowing all the possibilities for an SME on the JSE it would be interesting to know the story of an SME listed on the JSE. Let’s look into Jamaica Teas and what worked for their success.

Jamaica Teas was listed on the JSE in 2010 initially with 300 shareholders, now they have 1000 shareholders. They raised about one million American dollars and where 100% oversubscribed. Today they have over two million American dollars available cash for possible acquisitions. It is very clear that listing on the JSE was extremely profitable for Jamaica Teas. Their stock price has increased 450%. 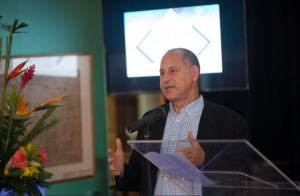 How was the process of listing on the JSE for Jamaica Teas? In order to ensure a simple and quick listing process they worked on the following:

The benefits of listing on the JSE for Jamaica Teas were the following:

1.Jamaica Teas later raised loans of US$3 million at preferential interest rates;
2.Local Banks now actively seek Jamaica Teas out to do business at lower interest rates;
3.People are bringing projects to Jamaica Teas because of our high profile;
4.Jamaica Teas has become sharper and better run;
5.Presence of independent Directors helps us look at projects at a deeper level;
6.Puts objective value on our business that would be subjective before;
7.Jamaica Teas was able to recruit easier because applicants tend to prefer a public company and they could entice people with share
ownership;
8.It helped Jamaica Teas to focus on successors for key positions including their own.

Jamaica Teas also identifies some perceived downsides of listing on the JSE:

1.The so feared “loss of privacy because of additional disclosure” has a minimal impact;
2.Additional costs to operate for reporting, internal accounting, Directors fees etc. turn out to be fairly low compared to the
increased revenues;
3.Dilution of ownership – funds raised went 100 % directly into business. Increase in share price more than offsets dilution and in the
end our company is worth much more;
4.Outside interference keeps everyone sharp.

It is clear that the success of the JSE to grow the Jamaican Capital Market would not have been possible without the commitment of the government to work with them to improve the capital market taking several important actions that let to changes that were beneficial for the economy and thus also for Jamaica Teas and other listed SMEs. In general SMEs were able to benefit from these changes and also learn new ways of doing business.