Ring the Bell for Financial Literacy

Since the first edition in 2016 of the CINEX Summit, the Curaçao Investment & Export Promotion Agency has the vision and the mission to position the island of Curaçao in the highest ranks of technology, related to investments opportunities in the Caribbean region. This year the fourth edition was held on August 28 and August 29. The CINEX Smart Investment Summit 2019 focused on how to build a Smart Nation through an Orange Economy in Curaçao. Other topics such as Smart Energy, Smart Investment, Smart Connectivity, Smart Government, Smart Mobility and Smart Tourism were also discussed.

The Prime Minister, Mr.  Eugene Rhuggenaath, opened the event discussing the importance of the orange economy and it’s impact on sports, arts, and the new formation of a new style of entrepreneurship which brings new business opportunities. Like for example, the traditional fishermen offering Tours on their boats, creating mini versions of their boats and offer those as a unique souvenir to tourists. The orange economy is not a foreign concept, it’s already here in Curaçao. The 2019 “Kaya Kaya” edition is a very good example of the orange economy; homeowners, businesspeople, artists, painters, everyone came together to enhance the Otrobanda region to host the most creative open-air party on the island. 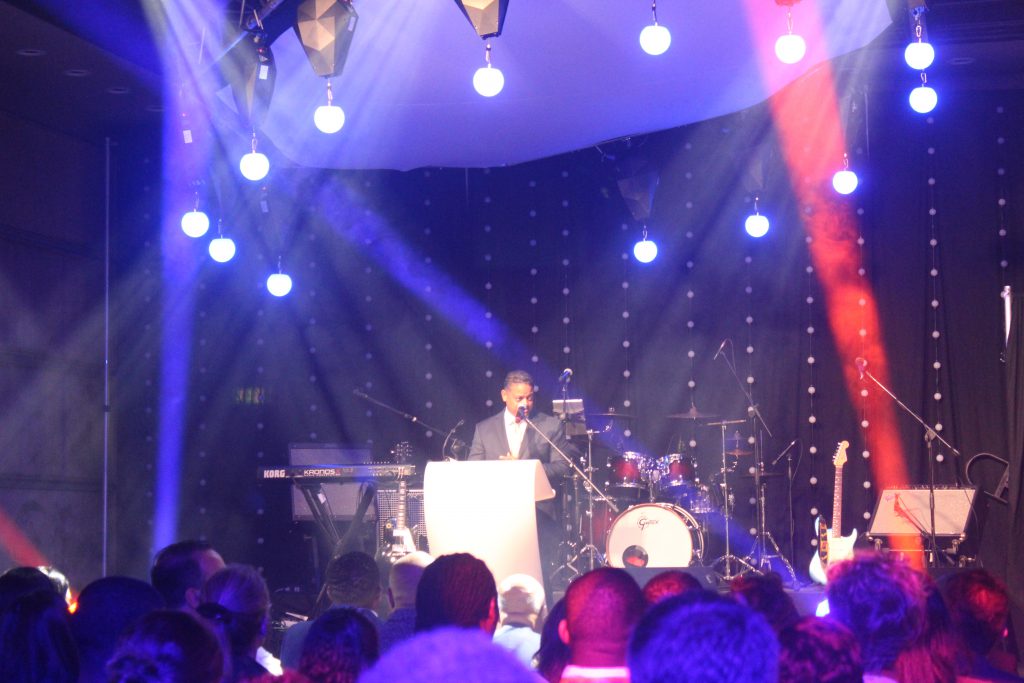 Dr. Steven Martina provided a reality check on our current economy and the need for a course correction to be more connected, sustainable, hospitable and innovative, in order to form the new Curaçao economy. The new Curaçao economy will be formed by a combination of the digital, blue, green, circular and orange economy. As shown with the Kaya Kaya event, there is much potential to establish a strong orange economy which is based on creative arts and culture. But what can be done to support the orange economy? Establishing a policy in support of cultural and infrastructure heritage, entrepreneurial educations, grants and subsidies, guarantees for investments, fiscal incentives, tax incentives for specific products and services to stimulate the creation of the right orange eco-system.

Examples of products services and activities going in the right direction of the orange economy:

Basically, the orange economy is already here, what is missing is proper policies, a general vision, and a proper ecosystem.

Another example of a specific product of the orange economy will be the film of “When Fish start Flying” planning to be filmed on Banda Bao with local artists. The producers and creators of “The Lobster and Bhorat” will be involved in the project. It is expected that a substantial amount will be directly invested in the local economy through lodging, transportation of machinery, hiring of local crew, etc. The film will be promoted worldwide. With this it is hoped to start to consider Curaçao as a film destination.

Creativity is one important pillar of the orange economy, but it is an important skill that improves our lives in general. Out of the box thinking has resulted in great inventions and alternative ways to do things in a better way. An example is Mission 31, organized by Fabien Cousteau in 2014. He got the idea for Mission 31 when visiting Aquarius during a fundraiser aiming to keep the laboratory operating in the wake of federal budget cuts. It was originally scheduled to take place on November 2013, fifty years after Jacques Cousteau’s (Fabien’s grandfather) original mission. The underwater laboratory offers the opportunity to perform undersea research done by Aquanauts. The mission demonstrated that humans can live underwater for an extended period of time. Our oceans are our life support system, yet we treat it poorly as if we don’t realize that every breath we take comes from the oceans. Daily sea animals and plants are confronted with pollution which often takes away their lives. Based on the state of our oceans, the planet is at risk and in high need of a natural resource bank account not filled with money but with actions that protect the environment. He finished with the following quote of his grandfather that is quite fitting for our times:

Santiago Pinzón Galan, Vice President of Digital Transformation at ANDI Colombia, elaborated on intelligently connecting and building a Smart Nation and Orange Economy by identifying technology as an instrument to facilitate creativity be it handcraft, music, culture, etc. Emotional intelligence is a great asset for the orange economy and so is technology. The 4th industrial revolution cannot be ignored. The possibilities of billions of people connected by mobile devices, with unprecedented processing power, storage capacity, and access to knowledge, are unlimited. And these possibilities will be multiplied by emerging technology breakthroughs in fields such as artificial intelligence, robotics, the Internet of Things, autonomous vehicles, 3-D printing, nanotechnology, biotechnology, materials science, energy storage, quantum computing and 5G. This creates a new level of business opportunities and the creation of new business models. An example is Amadeus, offering travel experiences with technology on another level.

Jeff Hofman, is a successful entrepreneur, Hollywood film producer, a producer of a Grammy-winning jazz album, and executive producer of an Emmy Award-winning TV show. With is background studies and IT engineer he has been the founder of multiple startups, has been the CEO of both public and private companies, and has served as a senior executive in many capacities. His first invention was the self-check-in machines we now use at the airports in the Netherlands. Jeff has been part of a number of well-known companies, including Priceline.com (booking.com). uBid.com, ColorJar, and more. Jeff is a featured business expert on American television and publications. Outside of the world of technology, Jeff has produced movies, has produced musical events including concerts, tours, and charity events with such artists as Elton John, Britney Spears, NSYNC, and others, and serves on numerous charity and non-profit boards. He’s also involved in what we know as the Global Entrepreneurship Week. With his long curriculum, he wants to prove that you don’t have to go get a job like traditionally taught, you can create them with self-determination by deciding your dream, study the industry you want to be in, become valuable to that industry by solving problems that they have. And most importantly: don’t chase money, chase excellence. Money follows excellence sooner or later. 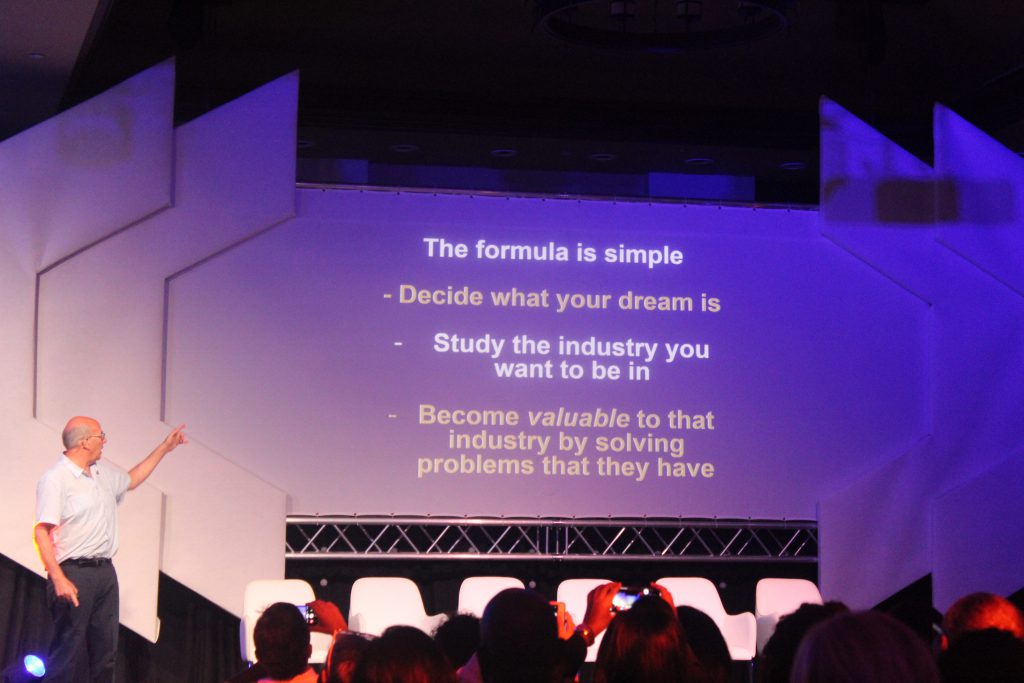 Dr. Hagen Radowski is the President & CEO of MHP Americas Inc., the Management- and IT-Consulting subsidiary of Porsche AG headquartered at One Porsche Drive in Atlanta, Georgia, USA. MHP is leading the digital business transformation by providing Management- and IT-consulting services, primarily to manufacturing companies like original equipment manufacturers (OEMs) as well as automotive suppliers. One area of MHP expertise is to help its clients develop new mobility concepts tightly integrated into smart city environments. A new way of looking at marketing by adding for additional strategies: Platform, Purpose, Passion, and Play. It is important to separate the product from the brand and lift the brand with emotional experiences. Why? Today’s customers want a relationship with the brand. How? In today’s technological world blur the lines between physical and digital, looking at the same thing from a different perspective.  Let’s change the way we change. A very good example of this is using technology in museums creating a unique experience for the public with audio, holographics, and the like.

By the end of his presentation, he invited any Curaçao team to participate in the Porsche Innovation Challenge Competition. A team was formed on the spot to participate.

Another interesting topic Smart Energy for communities in the changing energy landscape was presented by Jan Vrins Practice Leader at Navigant Global Energy, and Paula Gold-Williams, CEO CPS Energy. The case of CPS in San Antonio, Texas, was discussed on how in practice smart energy can drive smart city and community development.

The topic of Smart Investment was elaborated by Leigh-Ann Buchanan, founding Executive Director of Venture Café Miami. Smart Investment is about maximizing the ecosystem ROI. When talking about Smart Investment the focus should be on answering the following: What?, Why?, How? Measure?

What is the smartest investment Curaçao can make? Building a proper ecosystem. Why? A supportive environment enhances the potential of people. How? A strategic investment in the ecosystem by taking human capital as investment capital. And simply ask for HELP. How?

These were just a few of the interesting topics covered during the summit. Once again CINEX did a great job bringing interesting and inspiring speakers. One very important take away from the event is to take action. As one of the presenters said’ when you see a problem don’t say “they should solve it”. 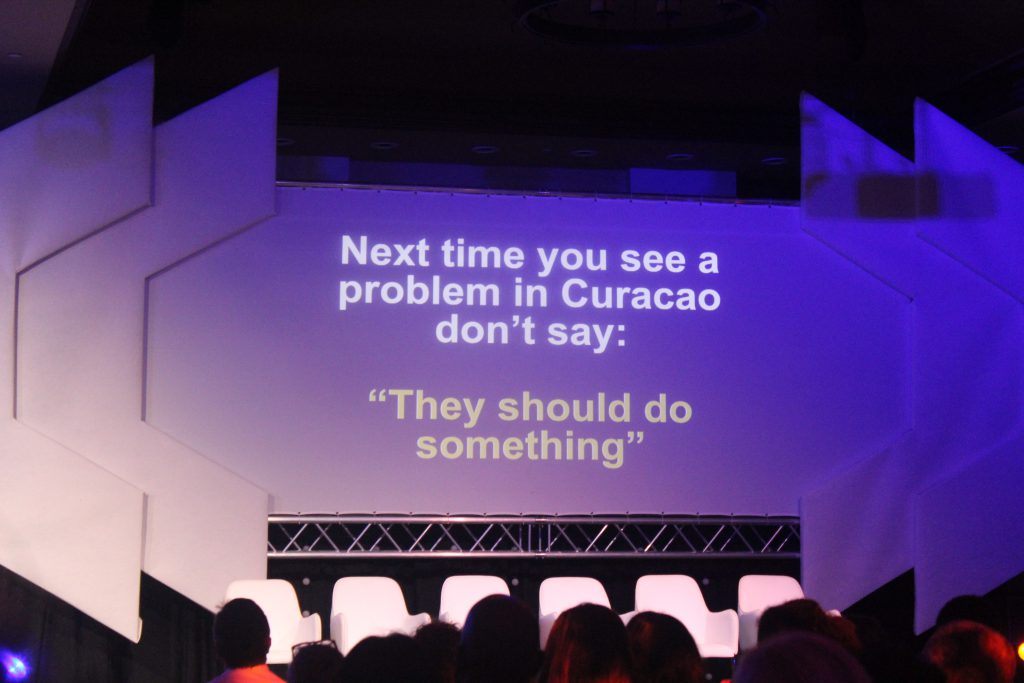 As a potential entrepreneur thinks of ways you can solve problems. This is how the successful entrepreneurs started by solving a problem they were faced with. As a nation, we have many accomplishments to be proud of and as an individual, we each have a set of skills that set us apart from the rest. International attendees were impressed with our way to switch for one language to the other. Some countries are very proud of their bi-lingual skills and strongly promote this to the world. It is a fact that almost all of us locals speak 4 or more languages, yet we don’t promote this incredible skill. We are a nation of many talents and creativity, but we need to work together to establish ecosystems for our people to flourish. Let’s do this! 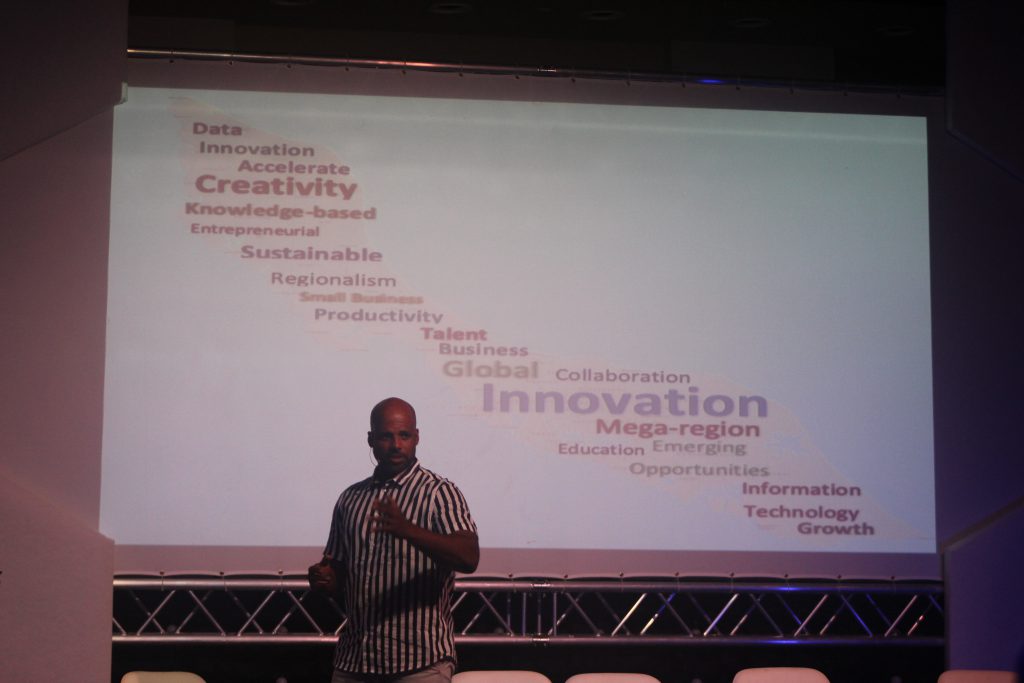 DCSX approved as Member of AMERCA